In this section, I provide some basic informations to assist and support with the design of the aircraft parking. In particular I describe how to choose the best aircraft position on the stand, in relation to the ground services to be provided.

The ground services that are taken in consideration are the following:

According to the Federal Aviation Administration (FAA) guidelines, there are three different methodologies of aircraft parking:

The Co-located Cab method causes to the following disadvantages:

The Co-located Cab method is depicted in Figure 1. 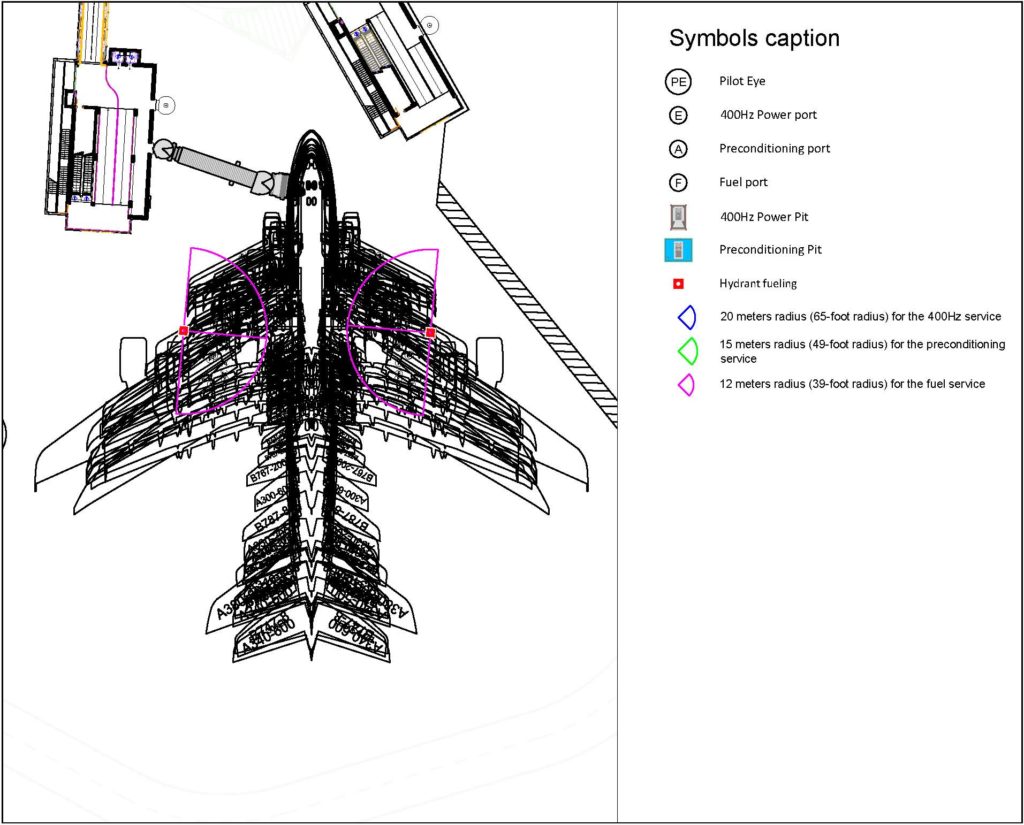 The wing-aligned method takes in consideration the hydrant fueling operation, the 400Hz pit service and the air conditioning service. Each different aircraft shall be parked on the stand, so that the front side of the wings is positioned in the same location. To achieve that is necessary to paint on the apron paving one specific stop bar for each specific aircraft model. The stop bar marking are located on the left side of the fuselage, and the pilot uses the marking to stop the aircraft when the stop bar strip, to be considered, is straight in line on his left side. The alignment of the aircraft main wings is such that all the above mentioned services are available:

The wing-aligned method leads to the following advantages

The wing-aligned method is depicted in Figure 2. 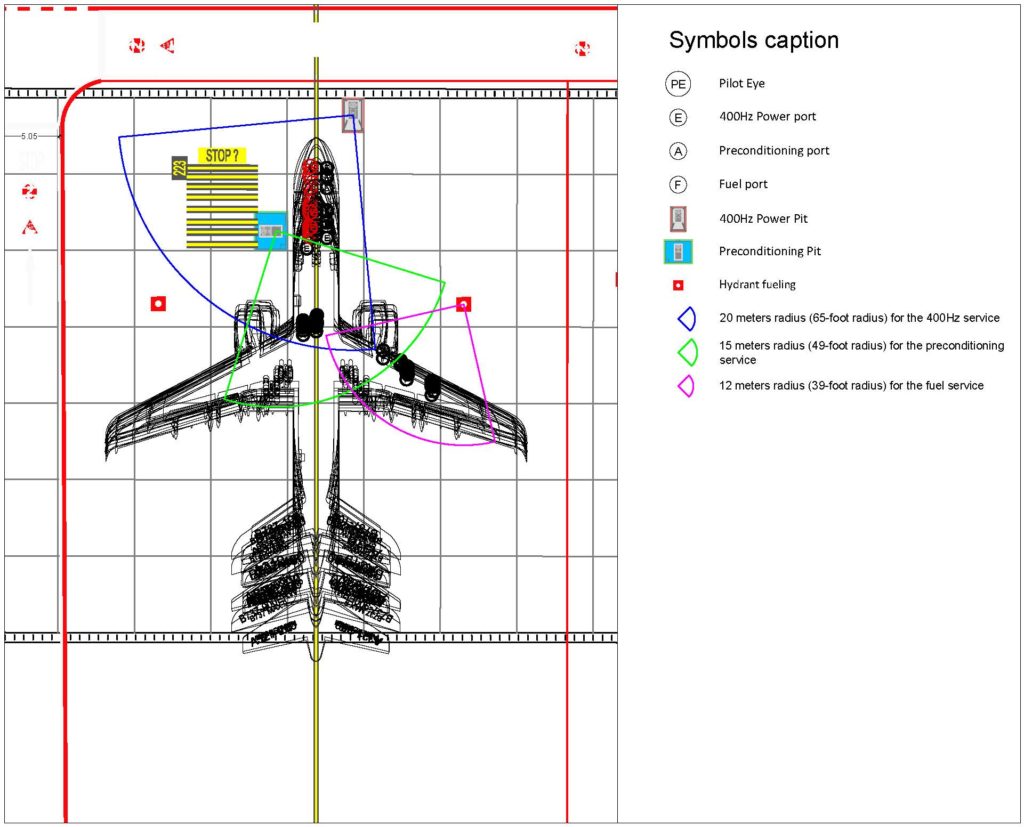 The common stop bar method focus on the position of the aircraft front side of the fuselage, as a steady selection. Each different aircraft is parked on the stand, so that the eyes of the pilot are straight in line with the designed stop bar marking, located at the pilot’s left side.

The common stop bar method leads to the following advantages

The common stop bar method causes to the following disadvantages

The common stop bar method is depicted in Figure 3. 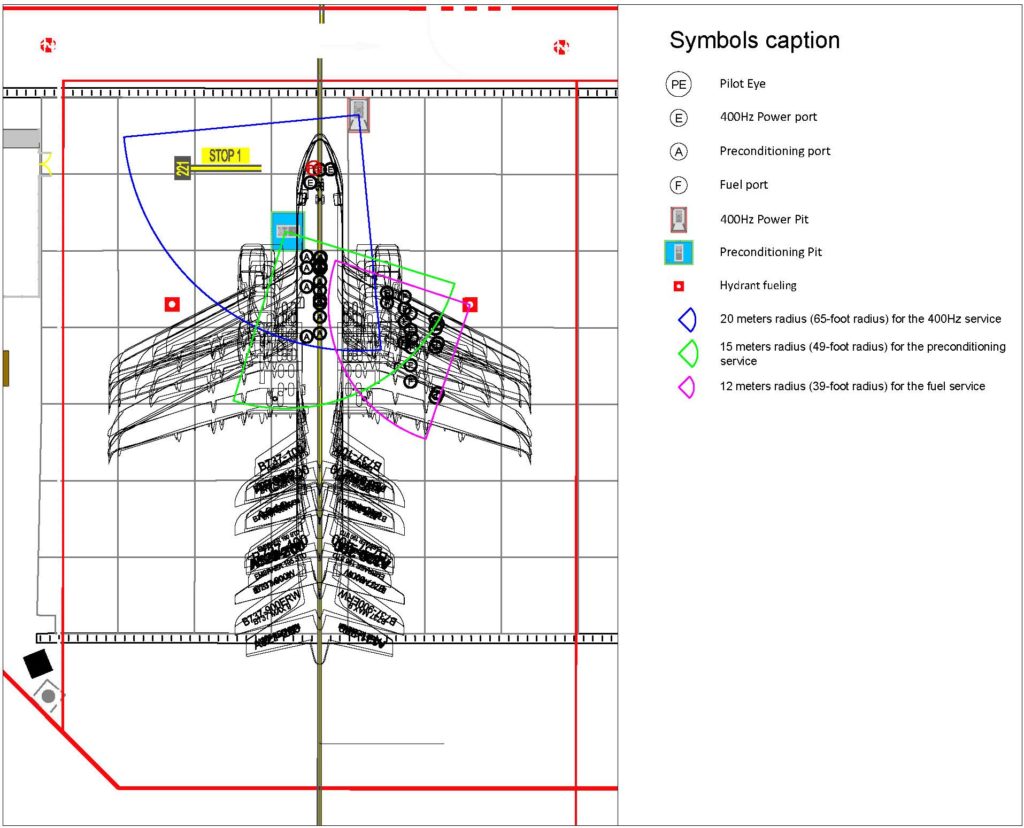 The best solution in case of PBB “Pier Boarding Bridge” is the Co-located Cab method.

In case of “Remote Stands” my suggestion would be an optimization of the wing-aligned method in order to minimize the number of the stop bar markings. A study of the aircraft mix, intended to be parked on the stand, should be undertaken in order to collect similarly sized aircraft and assign them to a specific stop bar.

In the case of stands used only for aircraft ICAO category “C”, we can optimize and reduce the number of the Stop Bars to two different one. In the Figure n.4 is depicted one of the possible solutions. 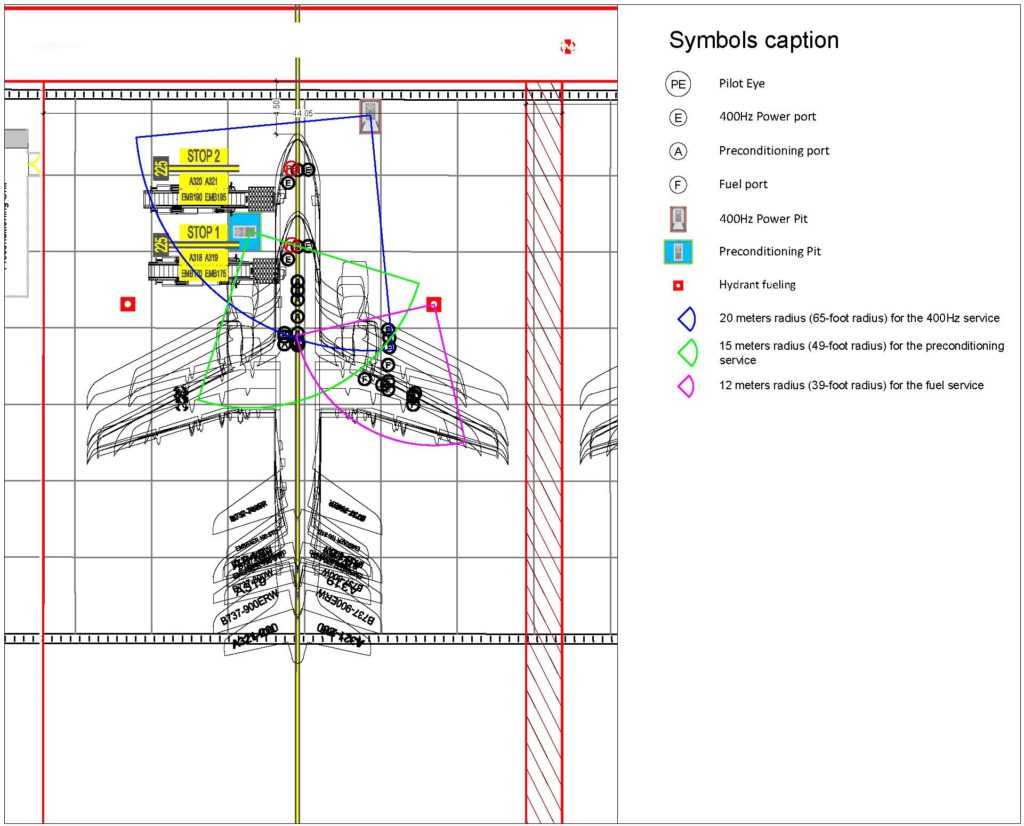